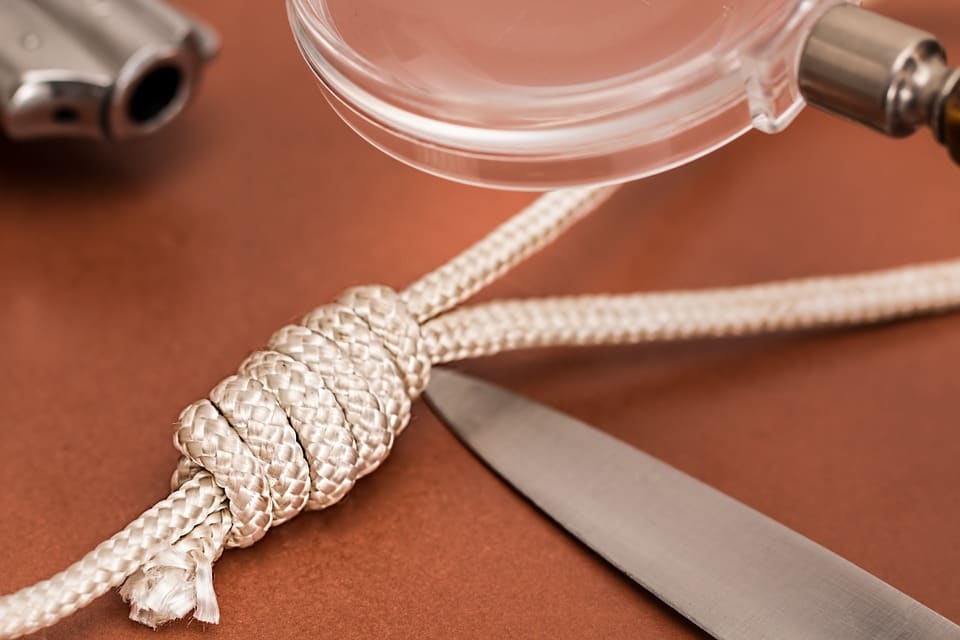 (1) A person who commits any of the following is guilty of first degree murder and shall be punished by imprisonment for life:

(a) Murder perpetrated by means of poison, lying in wait, or any other willful, deliberate, and premeditated killing.

(b) Murder committed in the perpetration of, or attempt to perpetrate,

(a) "Arson" means a felony violation of chapter X.

(b) "Corrections officer" means any of the following:

(ii) Any of the personnel of a boot camp, special alternative incarceration unit, or other minimum security correctional facility.

(iii) A parole or probation officer.

(c) "Major controlled substance offense" means any of the following:

(iii) A conspiracy to commit an offense listed in subparagraph (i) or (ii).

(d) "Peace officer" means any of the following:

(ii) A police or conservation officer of the United States.

Second degree murder—All other kinds of murder shall be murder of the second degree, and shall be punished by imprisonment in the state prison for life, or any term of years, in the discretion of the court trying the same.

A person who delivers a schedule 1 or 2 controlled substance, other than marihuana, to another person in violation of section 7401 of the public health code, 1978 PA 368, MCL 333.7401, that is consumed by that person or any other person and that causes the death of that person or other person is guilty of a felony punishable by imprisonment for life or any term of years.

The jury before whom any person indicted for murder shall be tried shall, if they find such person guilty thereof, ascertain in their verdict, whether it be murder of the first or second degree; but, if such person shall be convicted by confession, the court shall proceed by examination of witnesses to determine the degree of the crime, and shall render judgment accordingly. All testimony taken at such examination shall be taken in open court and a typewritten transcript or copy thereof, certified by the court reporter taking the same, shall be placed in the file of the case in the office of the county clerk.

Seconds in duels resulting in death—Any person, being an inhabitant or resident of this state, who shall be the second of either party in such duel as is mentioned in the next preceding section, and shall be present as a second when such mortal wound is inflicted, whereof death shall ensue within this state, shall be deemed to be an accessory before the fact to the crime of murder in this state, and may be indicted, tried and convicted in the county where the death shall happen, or in which such wound shall have been inflicted.

Manslaughter—Any person who shall commit the crime of manslaughter shall be guilty of a felony punishable by imprisonment in the state prison, not more than 15 years or by fine of not more than 7,500 dollars, or both, at the discretion of the court.

MCLA 750.323 Manslaughter; death of quick child or mother from use of medicine or instrument.
Sec. 323.

Death of quick child or mother from use of medicine, etc., with intent to destroy such child—Any person who shall administer to any woman pregnant with a quick child any medicine, drug or substance whatever, or shall use or employ any instrument or other means, with intent thereby to destroy such child, unless the same shall have been necessary to preserve the life of such mother, shall, in case the death of such child or of such mother be thereby produced, be guilty of manslaughter.

In any prosecution under this section, it shall not be necessary for the prosecution to prove that no such necessity existed.

Any person who, by the operation of any vehicle upon any highway or upon any other property, public or private, at an immoderate rate of speed or in a careless, reckless or negligent manner, but not wilfully or wantonly, shall cause the death of another, shall be guilty of a misdemeanor, punishable by imprisonment in the state prison not more than 2 years or by a fine of not more than $2,000.00, or by both such fine and imprisonment.

MCLA 750.325 Negligent homicide; manslaughter where due to operation of motor vehicle.
Sec. 325.

The crime of negligent homicide shall be deemed to be included within every crime of manslaughter charged to have been committed in the operation of any vehicle, and in any case where a defendant is charged with manslaughter committed in the operation of any vehicle, if the jury shall find the defendant not guilty of the crime of manslaughter, it may render a verdict of guilty of negligent homicide.

Death due to explosives—No person shall order, send, take or carry, or attempt to order, send, take or carry dynamite, nitro-glycerine or any other explosive substance which explodes by concussion or friction, concealed in any bag, satchel, valise, trunk, box or in any other manner, either as freight or baggage, on any passenger boat or vessel, or any railroad car or train of cars, street car, motor bus, stage or other vehicle used wholly or partly for carrying passengers.

In case any person violates any of the provisions of this section, he, and any consignee to whom any such dynamite, nitro-glycerine, or other explosive substance has been consigned by his procurement in violation of any of the provisions hereof, shall be guilty of a felony, punishable by imprisonment in the state prison for life or any term of years, in case such dynamite, nitro-glycerine or other explosive substance explodes and destroys human life while in possession of any carrier or on any boat, vessel, railroad car, street car, motor bus, stage or other vehicle contrary to any of the provisions hereof.

A person who sells or furnishes to a minor, without first having procured the written consent of the parent or guardian of the minor, any bulk gunpowder, dynamite, blasting caps or nitroglycerine is guilty of a misdemeanor.

MCLA 750.328 Death due to explosives; placed with intent to destroy building or object.
Sec. 328.

(2) This section does not apply to withholding or withdrawing medical treatment.

Krupp Law Offices P.C. is located in downtown Grand Rapids, Michigan and has the right criminal defense attorney for you. We represent clients in all criminal matters throughout West Michigan, including the cities of Grand Rapids, Holland, and Grand Haven, and the counties of Kent, Ottawa, Allegan, Barry, Newaygo, Montcalm, Muskegon, and Ionia.

Call for a free phone consulation.  Our office can help.